Home » The American Tradition of Thanksgiving

The American Tradition of Thanksgiving 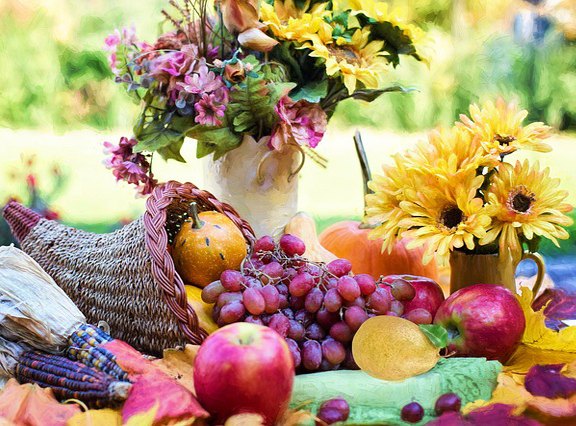 It can be argued that Thanksgiving is the most popular and well-known American holiday. Each year on the fourth Thursday of November, Americans gather to eat a traditional meal of turkey and pies, and spend time with family and friends. In fact, the Wednesday before Thanksgiving is the biggest travel day of the year in the country, as Americans drive and fly to go meet family.

The holiday has become so much more than a simple day of thanks. With parades, TV specials, and more, Thanksgiving is seen as the kickoff of the holiday season. The Friday following the holiday has been dubbed “Black Friday” – a day that shoppers lineup early in the morning to get the best sales and discounts for their holiday shopping.
Get to know your Thanksgiving history and facts so that you will be ready to celebrate your first Thanksgiving in the United States.
The first Thanksgiving was in 1621, when the Plymouth colonists and Wampanoag Indians shared an autumn harvest feast together in present-day Massachusetts. In the centuries to follow, days of thanksgiving were celebrated among the individual colonies and states. In 1863, the President Abraham Lincoln declared that a national Thanksgiving Day would be held each November.
While the holiday originally held religious significance, today the holiday centers on cooking a large meal and celebrating with family and friends. In fact, 90 percent of Americans eat a Turkey on the holiday. Other traditional foods include stuffing, mashed potatoes, cranberry sauce, and pumpkin pie.
The Macy’s Thanksgiving Day Parade is another longstanding tradition of the holiday. Macy’s, a well-known department store in the United States, held its first parade in 1924 as a celebration of the launch of the Christmas shopping season. It is held each year on Thanksgiving morning in New York City and is broadcast around the country. Today, there are about 3 million people who attend the annual parade, and another 44 million who watch it on TV.
No matter what your reason is for celebrating the holiday and whatever tradition is your favorite, Thanksgiving is a day for celebration.
Source: History.com